One can LOVE DELHI, one can HATE DELHI, but can never IGNORE it. This city- Delhi has good, bad, ugly and also the awesome! Delhi is well known for it politics, crimes, festivals, shopping and many others. But that’s not all that meets your eyes and in news.

Delhi NCR is unlike the other stereotypical national capital and inspiring too. While, the city has the largest community of journalists, literacy experts, top bureaucrats, and diplomats.

Delhi is known as the “gas chamber” as its one of the world’s most polluted cities. But, the Odd-Even Car Rationing Plan has definitely let to improve a bit.

The Academic Institutions in Delhi and the Delhi University is well known for its popular alumni in politics and arts field.

These are primary healthcare centers in the New Delhi state. They have the basic package of some essential healthcare services that also includes medicines, free consultation, and diagnostics. About 8 lakh patients have been treated by 110 mohalla clinics which are definitely a huge achievement and a game changer in the health sector.

Horizontal Growth Of The City

Unlike Mumbai, Delhi isn’t likely to reach a zone of space saturation. Thanking to embracing the idea of the national capital region well in time and accommodating migrants in satellite towns of Gurgaon, Faridabad, and Noida.

This year Independence Day was declared Sankalp Parv, i.e. Day of Resolve by the central government.  This has a list of Delhiites resolutions to bring out a better change in the society. This move urged residents not just to celebrate the Independence Day with patriotic songs & kite-flying, but dedicate themselves to some social causes & share their ideas for a betterment of India.

Delhi being the capital of India enjoys few privileges like wider and better road networks.  Also Govt. of Delhi has slashed power bills by half.

During this Diwali, it was announced Firecrackers Ban in Delhi by Supreme Court. This meant no sale of firecrackers in the city of Delhi-NCR till 1st November. This helped in gauging the effect of crackers on the Delhi-NCR alarming level of air pollution.

Few Of Vodafone Most Super Initiatives

Do leave your thoughts on- Why Delhi Is Getting Better a Place to Live In!!!

A Businesswoman, Homemaker, Blogger, Freelance Writer, Social Media Influencer And Mother Of An Adorable Baby. I Am A Content Creator. I Can Genuinely Do That In Any Given Category Like Health, Beauty, Fashion, Parenting, Travel, Lifestyle, Food, Wellness, Etc. I Love Doing This And Thus Constantly Crave To Get Information Around.

This site uses Akismet to reduce spam. Learn how your comment data is processed. 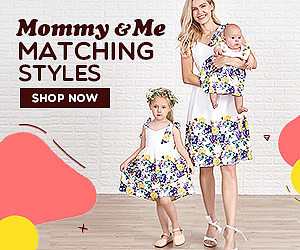